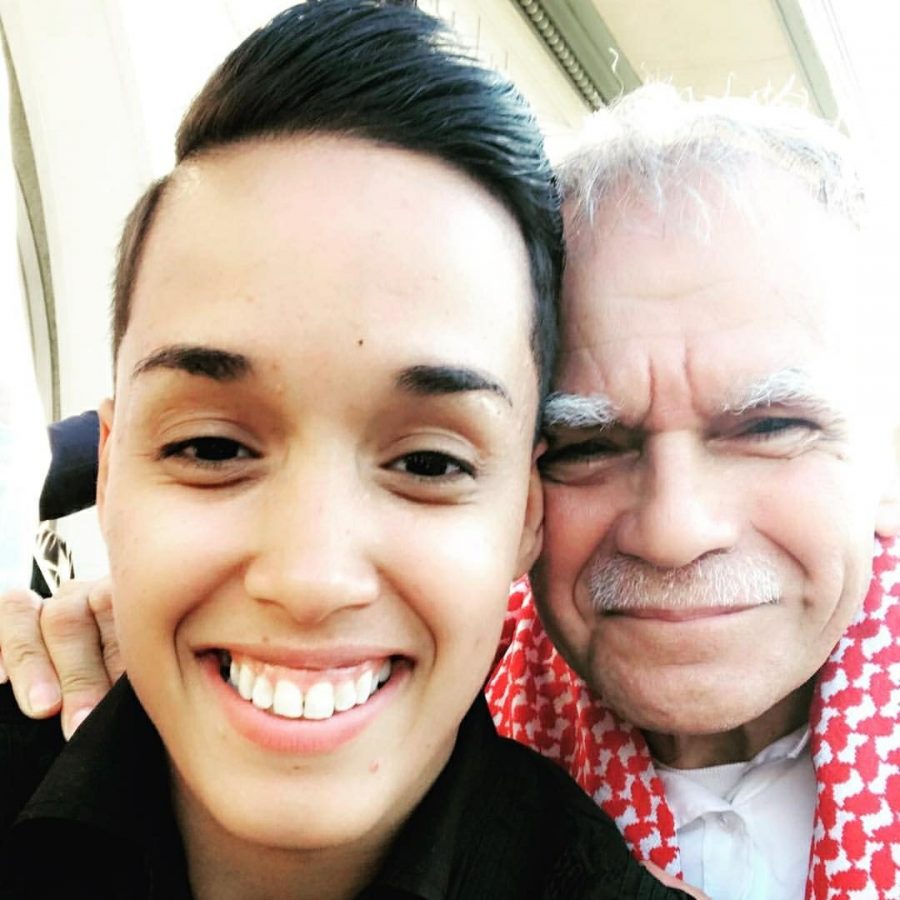 I was 16-years-old when I began organizing for the release of the last two remaining Puerto Rican Political Prisoners. Twelve years later, on January 17th, 2017 as one of the final acts of his presidency, President Barack Obama commuted Oscar’s sentence.

It was in that moment that my activism, hard work, and passion for justice were rewarded. Oscar and I have written letters to each other and have spoken on the phone about what a more just world could look like.
At times it became hard to imagine that we would fight for a more just world together, outside of his prison cell.

Today, we celebrate a year of freedom, a year of justice, and remembrance.
Oscar served almost 36 years in prison for believing that an independent and sovereign Puerto Rico can exist and today he still fights for the Puerto Rico we all dream of.

It has been an honor and a privilege to watch Oscar continue the work that is required for us to end the colonial relationship between the United States and Puerto Rico.

Oscar has toured several countries to raise awareness around the colonial status. More importantly, he spent the last eight months in Puerto Rico rebuilding his hometown of San Sebastián after the devastation that Hurricane Maria left behind and that the United States exacerbated with the lack of aid they provided to our island. Oscar has worked on rebuilding the roofs of several homes and opening a community resource center that can provide aid and resources to the people of San Sebastián.

He is also working on making his foundation, Puerto Ricans in Action, sustainable. At 75-years-old, Oscar proves that activism is a lifestyle, a belief system, a part of who we are, and what is needed.

Puerto Rico has been a colonial property of the United States for 120 years. This is a colonial reality that continues to impose laws and policies that make it extremely difficult for Puerto Rican people to survive the devastation of Hurricane Maria.

Nine months after Hurricane Maria there are still parts of Puerto Rico that remain without water, power, and food.

According to NPR in May, a group of researchers from the Harvard T.H. Chan School of Public Health estimate that nearly 5,000 people died due to devastation of the hurricane and lack of governmental urgency in aid relief.
This neglect and bureaucracy must end, and with the leadership and vision of Oscar Lopez Rivera we are hopeful that we will overcome this nightmare.
Oscar remains active and passionate around our struggle for a free Puerto Rico. The National Boricua Human Rights Network has brought all Puerto Rican Political Prisoners home and now we must continue our fight for Puerto Rico. Puerto Rico deserves to be free, deserves resources, deserves aid, and deserves our fight.

“It is much easier not to struggle, to give up and take the path of the living dead. But if we want to live, we must struggle.” -Oscar Lopez Rivera