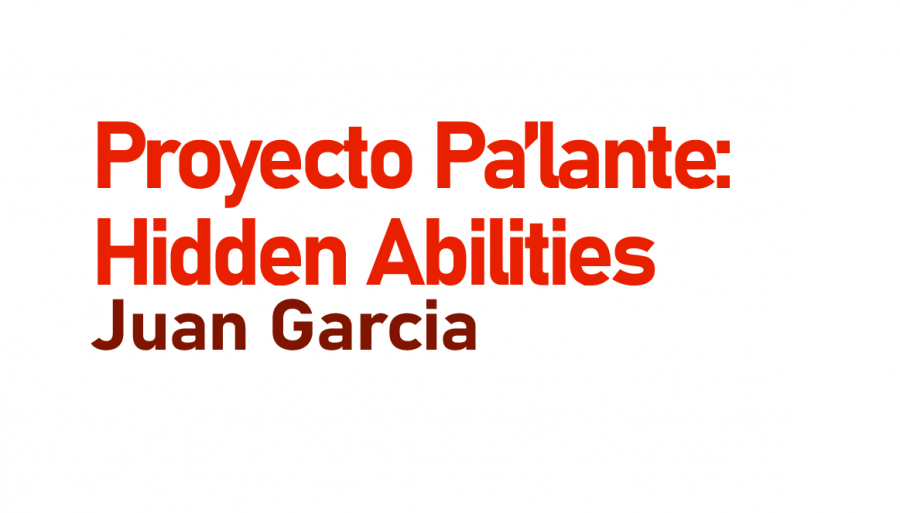 I suppose that the idea of going to college for me was the same as it is for many other minorities. That is to say, a dream, and nothing more. Growing up and seeing that most of the members of the Latin American population in the US don’t have a college degree or even a high school degree, made me question my own ability to ever attain one. In high school, I never saw myself as the scholarly type. I wasn’t the type to read books or spend time in the library, or try hard in class, I thought I just wasn’t the type to go to college. I didn’t think I was learning anything beneficial and I lacked the vision to realize that this was only to prepare myself for something better. For me, it was a waste of time. However, this all changed as I began my senior year. Soon, the only thing that was talked about was college. Who was majoring in what and where they were going to study. We were encouraged to attend college visits hosted by our high school. I never planned on going, until my advisor told me about a school that would be discussing their specialty in marine biology. This grabbed my attention, so I attended the visit to inquire more about the institution. Needless to say, I was blown away. I had no idea college was able to provide so much and that it would be completely different than high school. For the first time, I genuinely wanted to attend a university. There was only one problem, because of my lack of motivation in high school, I had given no attention to my academics and found myself with insufficient grades.

Regardless, I applied to a few schools, hopeful that they would look past my poor grade point average. A few months later, all of the response letters from the institutions I applied to came back. And in all of my first-choice schools, it read, “We’re sorry but we are unable to admit you to our university”. If before I thought I was never going to go to college, these responses did not help one bit. I became frustrated and mad at myself for not putting in the effort that would have gotten me into my dream schools. After being rejected, I had pretty much decided to forget about college, realizing that it wasn’t meant for it. But just as I was about to abandon all hope, my mother told me about Northeastern Illinois University. She was able to connect me to a friend of hers, who was a scouter for the school. I gave him a call and he told me about the program he worked for, Proyecto Pa’Lante. He explained to me that this was a success program at NEIU aiming to aid incoming Latina/o freshman students. All of a sudden, I had a second chance. I was overjoyed by the fact that I was going to attend college.

Before I knew it, it was the first day of class. I was excited, nervous, but overall thrilled. I never would have thought it would be possible, but Proyecto Pa’Lante gave me a chance, educationally, as well as personally. Though as ready as I thought I was, college really is completely different than high school. Academically, you are completely on your own. Like a punch to the face, it became overwhelming. The workload of each class was coming in fast. Each more difficult to complete than the last. For someone like myself, this was unexpected and took me off-guard. It quickly felt like high school all over again. It became hard for me to keep up with the work, the reading, the academic expectations. I became confused and frustrated, I thought I was ready, but clearly, I wasn’t. It seemed like I just wasn’t meant for college. I thought about taking a year off or simply dropping out, I felt like I didn’t belong. I was in disbelief by the fact that I had just started and already wanted to give up. But when all seemed lost, the professors and advisors at Proyecto Pa’Lante gave me the tools and motivation I desperately needed to continue in college, and continue well.

Professors Like Dr. Francisco Gaytán and Liz Villarreal, gave me the inspiration I needed to persevere. They taught me to be critical and aware of the world around me. I was taught techniques to better study and how to be successful in and out of the classroom. Oftentimes, incoming freshmen, like myself, are confused on how college life works. New students may not know how to connect on a deeper level with professors or they simply may not know who to turn to for help. It is success programs like Proyecto Pa’Lante that give students a feeling of being somewhere they belong. It makes college something that can be managed. Moreover, seeing professors and advisors of color gives students, like myself, inspiration to continue and to finish, and finish strong. Programs like Proyecto Pa’Lante cause students to be ambitious and to grow to be intellectuals. In the end, Proyecto Pa’Lante means you will never walk alone.